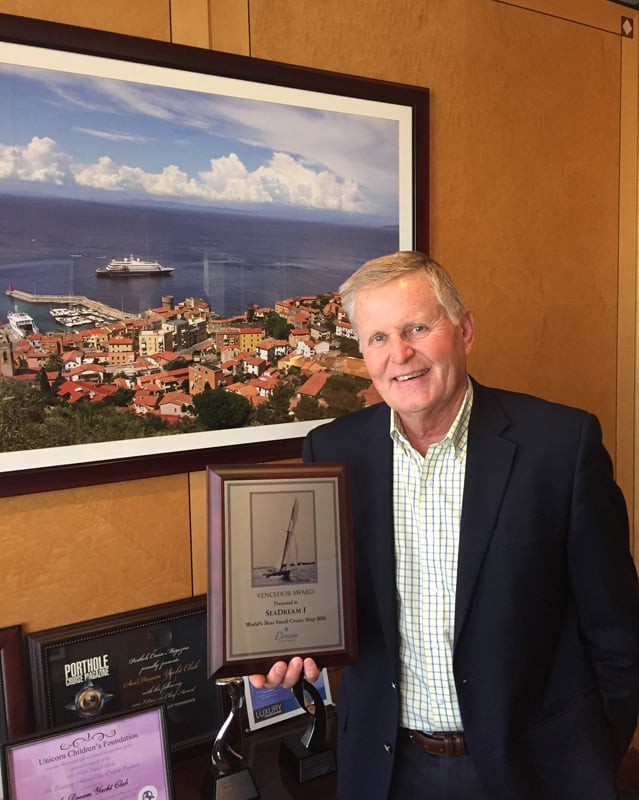 Robert Lopisto, President of SeaDream Yacht Club with the Vencedor Award given to SeaDream I 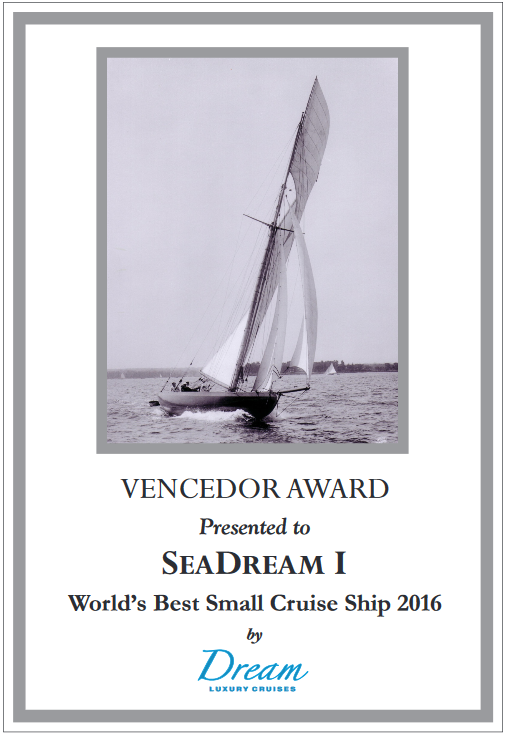 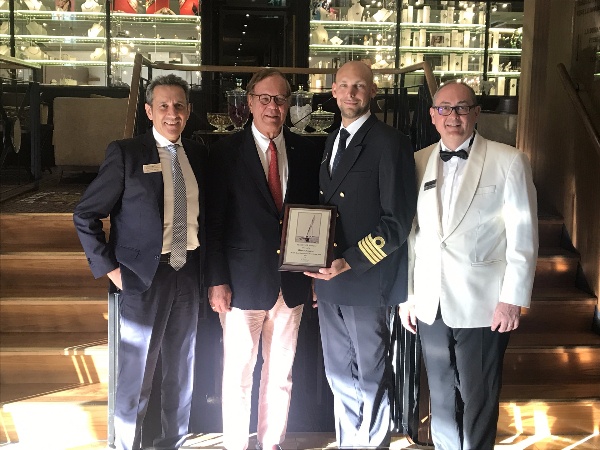 On the River Royale receiving the Vencedor Award:

"This award is an amazing honor and we are grateful to the Poekel family for bestowing the prestigious Vencedor Award to our beautiful River Royale. Tradition and a commitment to excellence define Uniworld Boutique River Cruise Collection, and it is wonderful when this passion and commitment are recognized by outside entities such as Vencedor. Uniworld is proud of the quality wines and experiences that we provide to our guests and that are the hallmark of our amazing brand." 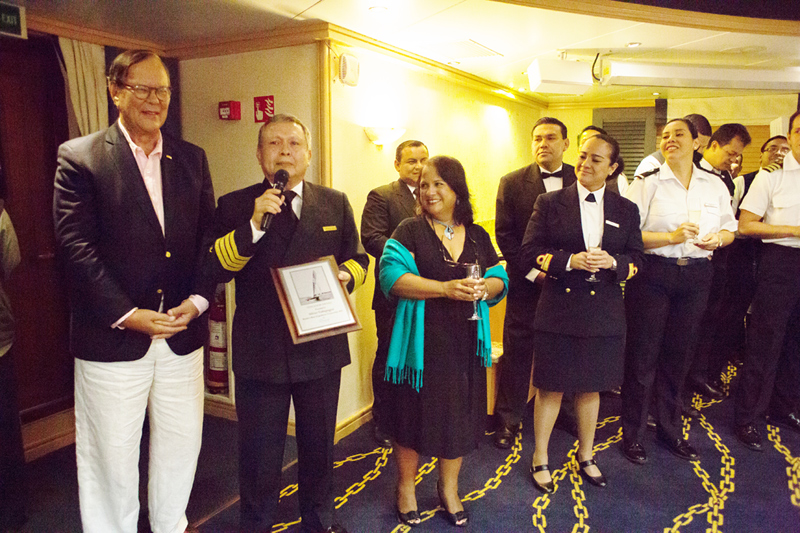 VENCEDOR AWARD TO BE PRESENTED TO THE SILVER GALAPAGOS

Charles A. Poekel Jr., President of Dream Luxury Cruises, a retail cruise organization located in Verona, New Jersey, and Palm Beach, Florida, announced today that “ it is with great pleasure that I announce that the “Vencedor Award for Best Expedition Cruiseship - 2016” will to be presented to the Silver Galapagos of Silversea Cruises.

The award is named after the sloop Vencedor which was designed by Mr. Poekel’s great-grandfather T.S. Poekel and what was the first yacht ever to compete in the U.S. – Canada competition in 1897.

The award represents for the first time recognition of a cruiseship by a retail travel agency. “Eight-five percent of all cruises are booked through retail agents,” stated Mr. Poekel “so its fitting that awards be given from retail agents to cruiseships.

The award will be presented to the Captain of the Silver Galapagos by Mr. Poekel in March.

Dream  Luxury Cruises is a retail agency and a division of Poekel Travel Bureau, Inc. which has been a member of the American Society of Travel Agents (ASTA) since 1965. It is also a member of the Cruise Line International Association (CLIA).